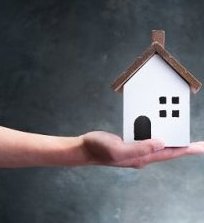 Fun at the Erin Palmateer Community Pool What better way to celebrate 20 years of Tweed Soccer, than a day of play at the Erin Palmateer Community Pool? Saturday, June 28th was an all-around day of fun in the sun for Tweed Soccer players. The Erin Palmateer Community Pool was rented for the day so teams not engaged in the final match-ups of the year could cool off with a refreshing dip. The kids and their families also enjoyed a barbeque, music and cake, all in celebration of Tweed Soccerâs 20th Anniversary.
full story
Supporting local youth through the Christopher Thurston Memorial Golf Tournament The 4th Christopher Thurston Memorial Golf Tournament took place on Saturday, June 14th, at Poplars Golf Course in Stoco. Four of the 25 teams taking place in the event tied for first place with a score of -7 under par. After pulling cards, it was determined that the team of John and Lisa Desjardin and Tom and Michelle Clement would walk as away the 2014 Keystone Cup winners. The tournament was made possible thanks to countless volunteer hours and the generous support of many individuals and sponsors. Municipality of Tweed Councillor Justin Bray secured a substantial donation of Procter
full story
Other News
Voices a Big Hit
September 25, 2017
Show All